Menu
Influential Black Designers You Should Know About 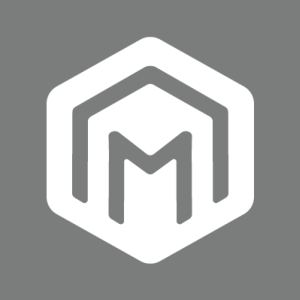 As we celebrate Black History Month this February, we wanted to feature some of the most influential black designers that have shaped and molded the design industry as we know it today.

Despite making up 13% of the total U.S. population, black men and women make up only 3% of the design field. In a field that is all about communicating visually, with a goal to appeal to a diverse population, it’s essential to have a workforce whose diversity reflects the target audience with whom it’s attempting to communicate.

The following featured designers have made tremendous contributions to the field of design as a whole, as well as inspiring new black designers and breaking barriers to begin the path towards repairing the representation gap in the field.

KNOWN FOR: Illustrated advertisements for beauty schools and products, powerful contributions to the efforts of black artists to achieve recognition

• First black student admitted to the Art Students League in New York
• Founding member of the Arts and Letters Society, the first Black artist collective in Chicago
• In 1927, his Negro in Art Week exhibition at the Art Institute of Chicago was the first show of African-American art at a major American museum.
• In 1934, he was the only Black artist with a substantial role in the Century of Progress Fair

KNOWN FOR: Contributing to the Harlem Renaissance, introducing a style that blended Art Deco and Art Nouveau with African influences and imagery

• His style, using strong geometric forms and Egyptian profiles, was later described as “Afro-Cubism”
• Became the most sought-after book illustrator and cover designer among the black writers of the time
• Created a series of murals, Aspects of Negro Life, for the New York Public Library, which is now the Schomburg Center for Research in Black Culture
• Chair of the art department at Fisk University from 1938 to 1966

• Designed signs and flyers for the Regal Theater, and later album covers for the Ramsey Lewis Trio and others
• Art director for Johnson Publishing, President of the renowned South Side Community Art Center, Art Director for all of the Goldblatt’s stores
• Took 11 years to become the first black member of the Art Directors Club of Chicago, but only 5 to become its president
• Taught visual communications at SAIC and typography at Columbia College Chicago, despite never having received a formal education himself

• First Black president of the Los Angeles Art Directors Club
• Formed Boston & Boston Design with his brother, and set their logotype in a typeface called Jim Crow
• Helped found the Design department at California State University Long Beach. A former student remembers him as an instructor who combined nurturing encouragement with no-nonsense criticism
• For his many contributions, he was named a fellow by AIGA Los Angeles in 2007

• Worked on projects for the New York State Council on the Arts, Pfizer, Port Authority of New York and New Jersey, and the Central Park Zoo
• Introduced the first graduate level information design class at Yale, in which her students redesigned the U.S. Census
• Active participant in public design initiatives such as AIGA Design for Democracy, the Design Trust for Public Spaces and the U.S. Postal Service’s Citizens’ Stamp Advisory Committee
• Worked with a coalition of designers to reengineer communications at Medicare

KNOWN FOR: Editorial and entertainment design, typography using a range of traditional and non-traditional materials

• Created iconic feature pages for Rolling Stone using eclectic conceptual typography
• Creative Director of Design at SpotCo, one of the largest entertainment design agencies in New York, where she has designed countless posters for Broadway
• Teaches a class in the School of Visual Arts’ MFA Designer as Author program
• Notable for her use of typography, which has been described as being balanced between traditional and contemporary with hercareful pairing of old andnew letterforms

Influential Black Designers You Should Know About

As we celebrate Black History Month this February, we wanted to feature some of the most influential black designers that have shaped and molded the design industry as we know it today.

In fact, some ancient cultures even used chromotherapy – the use of colors to heal.1 Color researchers today are skeptical of any “curing” powers in color, but most tend to agree that color can have a marked effect on emotion and mood.

Why You Need a Design Agency

With all the longevity, training, and experience of the ad/design industry, companies are still questioning whether or not they “need” a design agency. Here are our thoughts on the subject.